The Hidden Tunnel in Nahargarh Fort !!!

With a pocket low on cash, heart full of rush and a bike ready to take me anywhere, I get ready for an unplanned journey to the land of Maharajas.It was 4.30 in the morning and I was all set with a saddle bag and a journey mate. Trance of a stormy trip, an untouched spot in our map, we decided to move our asses to a hidden tunnel in Nahargarh Fort.

No scepticism, first spot was Jaipur. With growling stomach and flat asses we completed an undone mission by attacking famed Rajasthan special paranthas. Time of putting pants on one legs passed away, it was a time to move with relentless and fierce determination to sail through two not so gorgeous destinations. We geared up, kicked start our bike and with strong conviction we mates touched down to an international waqf an Islamic Mortmain “Ajmer Sharif Dargah” and then to Hindu Sacred place “Pushkar” a town bordering the Thar Desert on the very same day.

The land of medieval temples didn’t impress us much and after a long walk across the lonely streets at night we managed to find evil-looking lifeless hotel, for a modest tariff of 400 bucks. After a not so thrilling day and dead tired asses, hoping to have a better tomorrow we slept like babies.Without snoozing the alarm we were up after the first bell, it was finally the time to step on to Raja Jai singh’s empire. The thunderous sound of our bike uplifted our soul again. We rushed to Jaipur after seeing a glimpse of desert early in the morning.  Local rathore lads, whom we met during our last trip, were ready to take us to our destination. We started for Nahargarh Fort, a well known tourist place and a regular set for our Bollywood movie producers. It’s a haunted residence spooked by the ghosts of then maharajas and their peasants. The fort acted as a defensive ring for the city, which is also covered by forest which acted as an adobe for tiger, known by the name of Sudarshangarh. It has a hidden tunnel inside, tunnel long enough to scare the hell out of anyone. It’s not allowed to enter the tunnel because of security issues. The tunnel has it’s own ecosystem with wild animals and murky water which will cover your shoes easily.

The forbidden place was covered by police. We stood at a distance for few minutes, took our time and waited for the right moment to make our move and somehow managed to get to the spot without being spotted by the police. For a moment, all the craziness was gone and we had no time to think, we took a long breath and jumped into the hole, it was a pitch dark cave with tangles of thread of spider web and murky water. There was something sinister about that unfamiliar place.  We walked for a while with flowing sweat and dry lips, the cave was pitch dark which made one of the mates leave us and go back. It got difficult for us to move ahead with two phones left and one with almost dead battery. The cave was long deep inside with no visible end, we hand to bend down and crawl further without uttering a sound. The point came, when it made us lay down and moved ahead, it was getting scarier every moment. After approximately 1.5 kms, we thought we all sat for a while to relax before going further but that point brought the real terror. A we could hear a weird sound which almost made us wet our pants, we stopped and even the sound stopped for a moment. We were shit scared, the same moment phone’s battery died and from that moment the real adventure began. It was a moment to take a call to move further or turn back, we took another chance and we moved forward like a warrior with one torch and again the loud scary sound came to my ears but this time there were two sounds, one was of my mate who shouted “bhaaaaaaag!!!!” and we turned we fell, we stood up, we got hurt, we got “sticks” and we got out but with ripped t-shirts from back and lot of marks all over the body. Talking about those beautiful sharp sticks about which we were having no idea how we got them in our hands, so they were of porcupines known as “Saheli” or “saveri” in Rajasthan a part of wild animals’ family which must have been waiting outside that tunnel.The mission remained incomplete but a scary and memorable one. Hoping to go one more time through that dark and scary cave to take the fear down. That was some bat shit adrenaline moment in a hidden tunnel in Nahargarh Fort.

Give it a try folks, it’s totally worth it!

More from my site 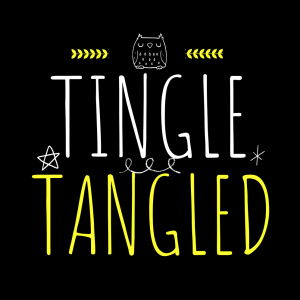 A flight above the clouds- Paragliding in Bir Billing

How to organize a backpack?